Throwback: The Volkswagen Beetle GSR, a classic in yellow and black

While the Volkswagen Beetle may be one of the most recognizable cars in the world, one of its most eye-catching variants is lesser known – the GSR® yellow and black striped speed racer.

The GSR is a flashy, sporty, bumblebee-colored car that was the answer to years of requests from Beetle fans for a sportier version of the classic coupe. In 1973, Volkswagen unveiled the GSR sporting updates designed with European rally racing in mind, a bright yellow paint scheme offset with flat-black hood and bumpers, and sport seats plus a three-spoked race-quality steering wheel. Each 15-inch wheel, outfitted with extra-wide tires, featured the vehicle’s production number.

One thing that didn’t change with the first GSR model was the Beetle’s engine. It was still powered by the famous flat-four which offered 50 horsepower and 80 pound-feet of torque – a bit low, even by historical standards. Though the GSR would seem pokey on modern interstates, buyers at the time were after an affordable package for rallying, not commuting. 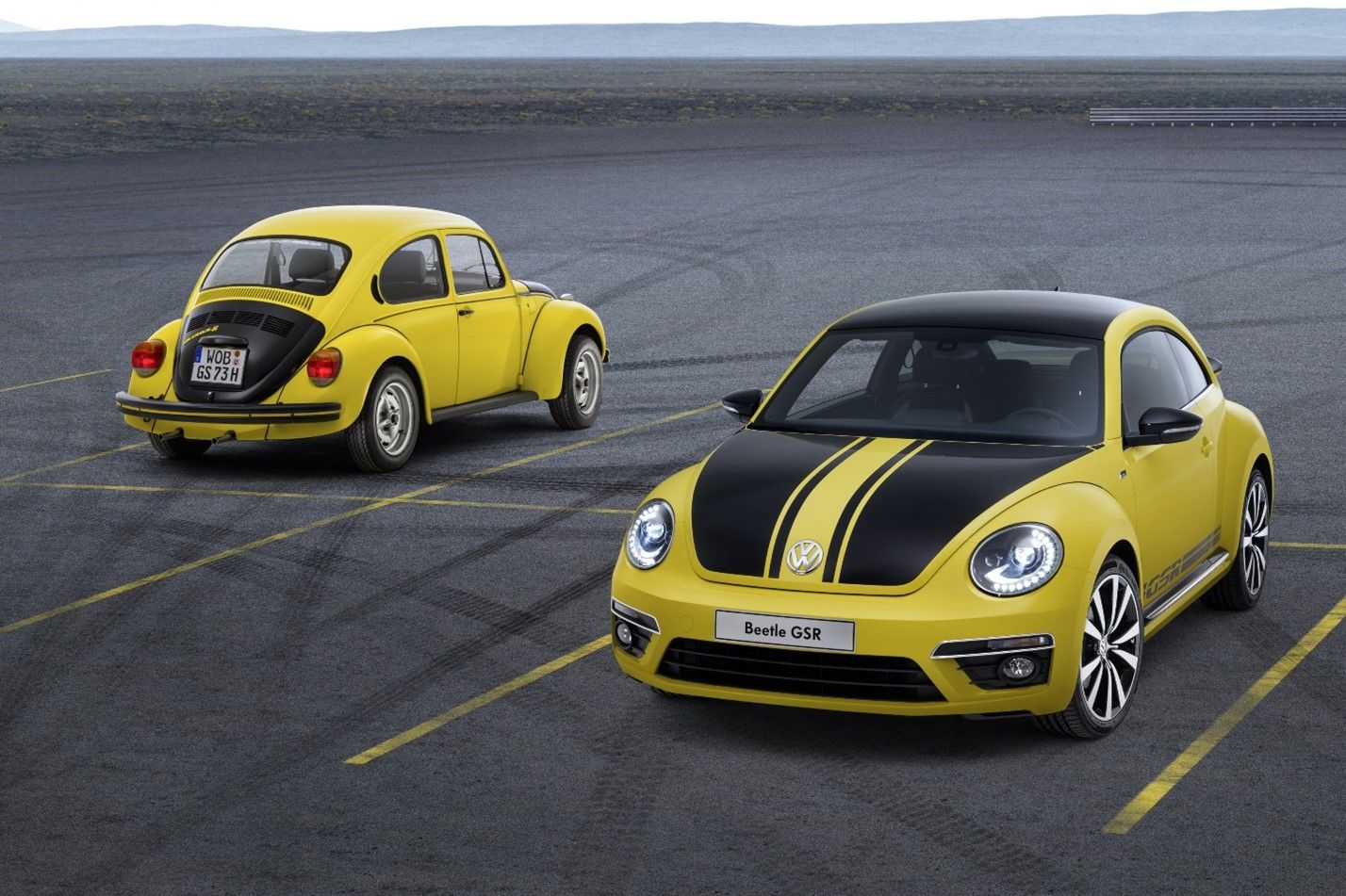 The original GSR came into being toward the end of the Beetle’s run in Europe, and only 3,500 units were built, with only a hundred or so originals known to exist today – making them rare and highly sought after.

The rare model did make a curtain call of sorts with a special edition Beetle GSR that debuted in 2014. A modern re-interpretation of the 1970s original, the modern take includes features like all-black mirror caps, GSR lettering above the side skirts and a large rear spoiler. The major difference between the original and the relaunch was now found up front, under the hood – a modern water-cooled engine packing 210 horsepower and 207 pound-feet of torque.

With just three letters and two colors, the GSR makes for one striking automotive icon, in both ‘then’ and ‘now’ versions.

Read the full article on newsroom.vw.com
Previous Post
Next Post
Southland VWNewsThrowback: The Volkswagen Beetle GSR, a classic in yellow and black