Volkswagen is the Most Frequently Tattooed Car Brand on Instagram

Volkswagen, Jeep and Cadillac fans were the most likely to make their dedication to the brand a bit more permanent—on their skin. An analysis of Instagram posts by Compare The Market pinpointed which marques appeared the most often in tattoos on Instagram, and they found a whopping 5,507 VW tattoos on there—thousands more than any other car brand tattoos.

It’s worth noting that Instagram is, by its very nature, a self-selecting group to survey that skews a bit younger than that of the dad down the street with a Bel-Air sleeve. Volkswagen makes some of the most accessible enthusiast cars out there, their fandom spans both classic and modern rides, their owners love to modify them and these cars are nothing if not photogenic. 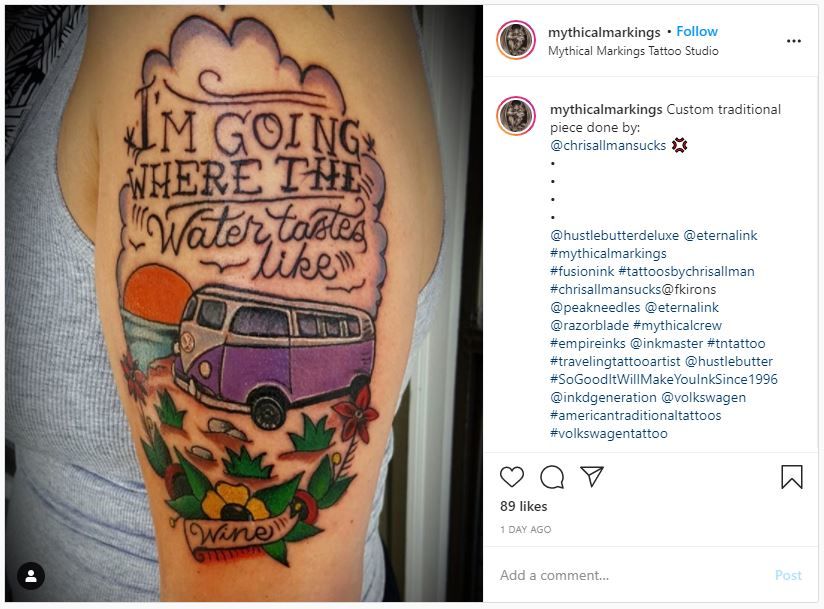 So, for that reason, it’s not hard to see why Jeep is the second most tattooed marque on the platform, with 2,139 Jeeps showing up on Instagrammers’ bodies. Fans of more of an old-school American look—in tattoos and in cars—shouldn’t fret, though. Coming in third was Cadillac, with 1,775 tattoos on the platform.

Coming in second was the DMC DeLorean with 800 posts, which certainly isn’t as common a car to own as a Volkswagen, but is a symbol of nostalgia thanks to its starring role in Back to the Future. The Chevrolet Corvette came in distant third with 180 posts.

The VW Beetle and Transporter were unsurprisingly fourth and eighth on the model list, although there were a couple surprises in the top ten. None of the cars listed in the top ten were the Jeep Wrangler, yet the Chevrolet Chevelle came in ninth.

You can view Compare the Market’s top 20 brands and top 10 cars here, which packs a few more surprises. How are there only 74 Lamborghini tattoos on Instagram? I, for one, am waiting for the first Lambo alien to make it onto someone’s arm. Also, how are there nearly as many Bentley tattoos (127) on this list as Holden ones (147)? Strange times, man. Clearly, fat Holden burnouts in body-ink form feel underrepresented here.