After years of teasing us with concept cars, Volkswagen is finally putting its money where its mouth is with the ID.4 electric SUV—which started life as the ID. Crozz concept vehicle. While it doesn’t look like the famed Microbus-inspired ID. Buzz, the ID.4 is no less important to VW’s goal of rolling out a robust lineup of electric vehicles. The company claims the ID.4 will be able to drive up to 310 miles between charges and its SUV shape and attractive styling should make it a desirable EV. We expect the ID.4—which will eventually be produced in Chattanooga, Tennessee for North American markets—to go on sale in late 2020 or early 2021.

Not only is the ID.4 a brand new nameplate for the Volkswagen brand, it’s also the first in a series of all-electric model which will combine to create the ID subbrand.

Pricing and Which One to Buy

Volkswagen hasn’t mentioned yet if the ID.4 trim levels will follow the brand’s more conventional layout, starting with S and graduating to SE and then SEL, or if it will create a new set of trim levels specific to the ID subbrand. Either way, we’re expecting at least three models, with one coming in around $46,000 to satisfy value-minded consumers with EV aspirations. 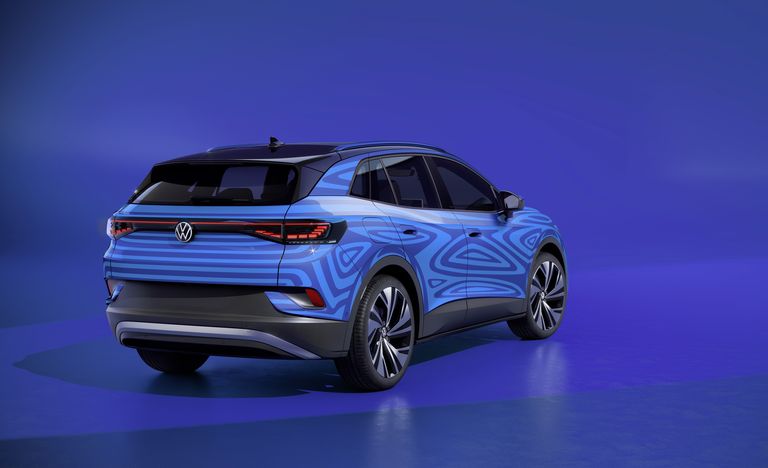 Volkswagen says the ID.4’s battery pack holds enough juice to power the SUV up to 310 miles between charges, which would put it ahead of other electric SUVs such as the Hyundai Kona Electric and the Kia Niro EV. Volkswagen hasn’t provided information about charging times yet, but we expect the ID.4 to offer fast-charging capability.

The EPA hasn’t released any estimations for fuel economy for the ID.4 and we haven’t had the chance to try one on our 200-mile highway fuel economy route. We’ll have the chance to do so closer to the SUV’s on-sale date and we’ll update this story with test results then.

Volkswagen hasn’t shown us the interior of the production ID.4 but we’re expecting something less flashy than the ID. Crozz Concept’s cabin, which featured a retractable steering wheel and sliding rear doors. We expect copious passenger and cargo space thanks to the advantages of EV packaging that don’t require intrusive elements such as a transmission tunnel. That should allow passengers plenty of room to stretch out and store their stuff. We don’t anticipate that VW to get too flashy with the interior design or available features either, but we won’t know for sure until the company finally reveals the finished product.

Since the I.D. Crozz concept debuted several years ago, common infotainment and connectivity features have drastically increased. That makes it harder to predict what type of system and content will be found on the production model. However, the odds favor all manner of contemporary content such as Apple CarPlay/Android Auto capability, a Wi-Fi hotspot, and wireless phone charging. A large touchscreen and smartphone-enabled controls should be on the roster, too.

The 2021 ID.4 hasn’t been crash-tested by the National Highway Traffic Safety Administration (NHTSA) or the Insurance Institute for Highway Safety (IIHS). We expect the electrified VW to offer a host of standard and optional driver-assistance technology. This could even include an autonomous drive mode called ID. Pilot, which relies on laser scanners and sensors to allow the ID.4 to drive itself in traffic. Key safety features are likely to include:

Volkswagen currently offers an above-average limited warranty and below-average powertrain coverage compared with rival non-luxury brands, but it offers two years or 20,000 miles of complimentary scheduled maintenance. The ID.4’s electric components should be covered for 8 years or 100,000 miles.